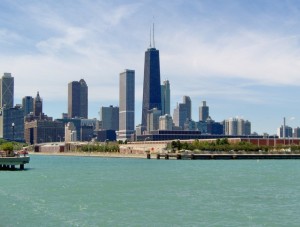 Illinois is among the 12 states with a “two party consent” rule. This rule is engraved in the eavesdropping statute which was recently amended for being too broad. The current version now requires that all the parties involved in a private conversation give their consent before they are recorded when there is a reasonable expectation of privacy.

Reasonable expectation of privacy implies that the involved parties had anticipated that their conversation would remain private. Under this therefore, it becomes a crime to record an employee complaining about his supervisor over the phone. This is due to the fact that the employee had some reasonable expectation of privacy and never intended for that conversation to be availed to another party.

However, it would not be a criminal offense to record such a conversation if it was taking part in the streets, since there is no reasonable expectation of privacy while talking loudly in public.

When you can record without consent

Before the statute was amended, it was completely illegal to record anyone without their consent in Illinois. This included recording phone calls and any other form of recording, including video. Under the amended law however, the “two party consent” requirement is only emphasized when there is a reasonable expectation of privacy. For instance, it is not illegal to record a police officer interacting with the public in the course of their duties. Even though you don’t have the consent of either party’s to do the recording, there is no reasonable expectation of privacy in such a circumstance.

How to record phone calls in Illinois

The law in Illinois is not explicit on the kind of recording gadgets to use for recording calls hence it is entirely up to you to choose. One of the easiest ways to do so is to use Secure Speak. Secure Speak gives up you a number that you can 3-way into any call conversation. Whatever that line hears gets recorded, and the line doesn’t beep or make any noise. The recording will start the moment the call is received and the recording will be emailed to you immediately the conversation is over. Sign up today for a 14 day free trial to try it out.

Secure Speak is not a licensed lawyer and any statements do not constitute legal advice. Contact a lawyer for information pertaining to your specific case, and reference Illinois 720 Ill. Comp. Stat. 5/14-1, -2 statute directly.

Posted 2:34 am by Secure Speak & filed under Legal.